What is Telematics Software?

Telematics software is software, most notably used in vehicles, which allows for the communication between an electronic device and other devices (or human users) over a network. Telematics software merges telecommunications with informatics, thus the name telematics. A vehicle installed with telematics can relay data such as GPS location, vehicle performance and fuel efficiency.

Exciting Times For The Automotive Industry and Telematics Software

In January of 2017, Henrik Christensen, the Director of the Contextual Robotics Institute in San Diego made a bold claim.

The accuracy of these claims remains to be seen. However, one thing is for certain – the automotive industry is going through a major transformational period. A world of connected cars, shared driving, electric cars and autonomous vehicles is upon us. This world, that might have seemed like the stuff of sci-fi a few years ago, is now a reality.

A report published by PWC regarding ‘Five Trends Transforming the Automotive Industry’ followed on in the same vein. In it, the company’s forecasts suggested that by 2030, more than one in three kilometers driven could involve sharing concepts. Think Uber, Lyft and MyTaxi. The report also stated that the share of autonomous driving in Europe (overall traffic) may rise to as much as40%.

During this revolutionary period, there are many technological advancements that you may have become familiar with, without fully appreciating their significance. One such term is “telematics”. Although we are coming to terms with concepts such as connected cars and driverless vehicles, the word “telematics” won’t mean a whole lot to most people. However, in the overall scheme of the automotive revolution, it plays a major role. 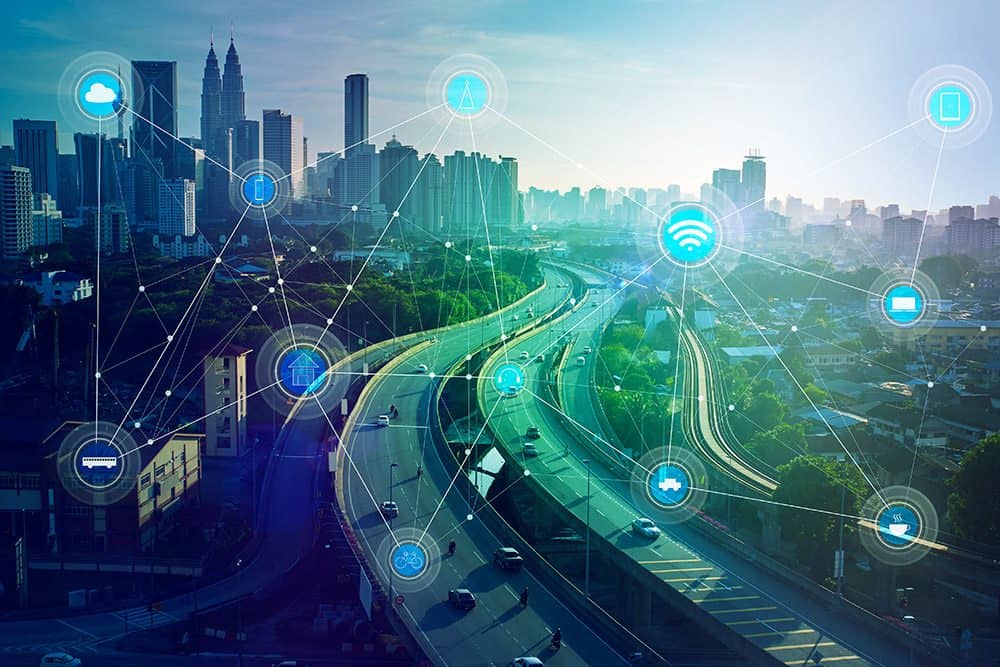 What is Telematics Software?

Broadly speaking, telematics software is any device which merges telecommunications and informatics, thus the name. In other words, telematics solutions are where an electronic device communicates with other devices, or human users, over a network. Over the years, the term “telematics” has become heavily linked to the use of communication devices in automobiles.

Telematics software encapsulates a broad range of technologies. For instance, telematic solutions are behind navigation and GPS systems, handsfree calling, driving sensors, wireless communications, in-car multimedia use, and other modern vehicular technologies that involve the transfer of data over a network.

Due to the incredible degree of real-time management and vehicle connectivity, telematics solutions are perfect for fleet management. Fleet management in this case includes car rental companies for example. Vehicles fitted with telematics software can be tracked for key information such as speed, erratic driving, fuel usage and efficiency. This all represents a major advancement in vehicle monitoring and reporting.

How It All Works 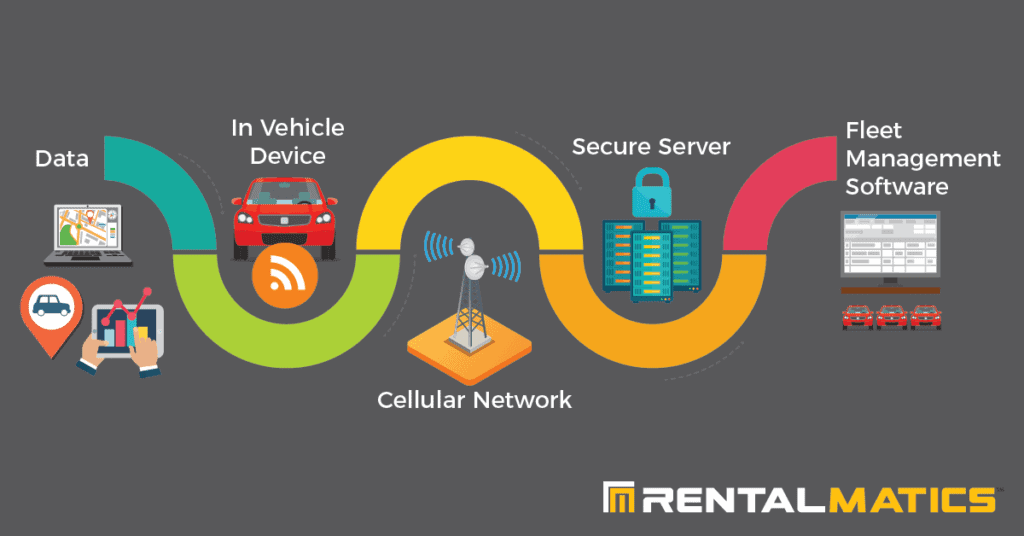 Infographic explaining What is Telematics Software?

We live in a connected world where “sharing” has become an established business model. Top performing car-sharing companies include Evo, GoCar, Car2go and Zipcar. These systems are steeped in cutting edge technology. You may have already used these services. The overall “transaction” is awe-inspiring. When you step into a car-sharing vehicle, there are maps that know your exact location, a dashboard that recognizes your own individual account, a buzzer that notifies you when are swerving dangerously, fuel and tire pressure monitors. There is even a help button that connects you with a customer service member over the car’s intercom. But how does it all work?

Telematics software works through a combination of GPS tracking and onboard diagnostic systems. The most common method by which telematics works is through the installation of a small telematics device in each vehicle, sometimes referred to as the ‘black box’. This box does not alter the vehicle in any way but records all aspects of the car’s location and performance. The black box is fitted with a sim card and modem. This allows information to be transferred over a network to a central user interface. In the earlier example of fleet management, this central interface would be the fleet management software dashboard.

History of Telematics and Future Projections

In one sense, telematics solutions are nothing new and have been around for years. It was in 1983 that the first GPS was made available for public use. Although the origin of the first car navigation system is debated, it is generally agreed that it was debuted in the ‘80s, over thirty years ago. However, it is only in the last decade, as we enter a new era of connectivity that we see huge leaps in the evolution of telematics software. A fascinating historic overview, put together by TomTom, noted some major milestones commencing with the launch of the first smartphone applications that combine telematics software in 2010. Since then, the world of connected cars has been advancing significantly.

he rise of telematics solutions was further compounded by a report published by Reuters in October 2018. In the report it was noted that in 2017, the global vehicle telematics market size was valued at USD 41.66 billion. The report went on to say that by 2025, the market size is projected to hit USD 231.63 billion.

The Future Impact of Telematics Software

The fascinating future of telematics software is something that we want to explore in greater detail in a future blog post. Suffice to say, the impact of telematics will be heard worldwide.

There was a time, not long ago, that having sensors in your vehicle was considered to be new-age and groundbreaking. Now sensors are fitted as standard. Overall car connectivity is following suit. The future of the automotive industry is heading in a fascinating, exhilarating and enticing direction. Telematics will be a key driver behind the evolution.

Page load link
We use cookies on our website to give you the most relevant experience by remembering your preferences and repeat visits. By clicking “Accept All”, you consent to the use of ALL the cookies. However, you may visit "Cookie Settings" to provide a controlled consent.
Cookie SettingsAccept All
Manage consent

This website uses cookies to improve your experience while you navigate through the website. Out of these, the cookies that are categorized as necessary are stored on your browser as they are essential for the working of basic functionalities of the website. We also use third-party cookies that help us analyze and understand how you use this website. These cookies will be stored in your browser only with your consent. You also have the option to opt-out of these cookies. But opting out of some of these cookies may affect your browsing experience.
Necessary Always Enabled
Necessary cookies are absolutely essential for the website to function properly. These cookies ensure basic functionalities and security features of the website, anonymously.
Functional
Functional cookies help to perform certain functionalities like sharing the content of the website on social media platforms, collect feedbacks, and other third-party features.
Performance
Performance cookies are used to understand and analyze the key performance indexes of the website which helps in delivering a better user experience for the visitors.
Analytics
Analytical cookies are used to understand how visitors interact with the website. These cookies help provide information on metrics the number of visitors, bounce rate, traffic source, etc.
Advertisement
Advertisement cookies are used to provide visitors with relevant ads and marketing campaigns. These cookies track visitors across websites and collect information to provide customized ads.
Others
Other uncategorized cookies are those that are being analyzed and have not been classified into a category as yet.
SAVE & ACCEPT
Go to Top